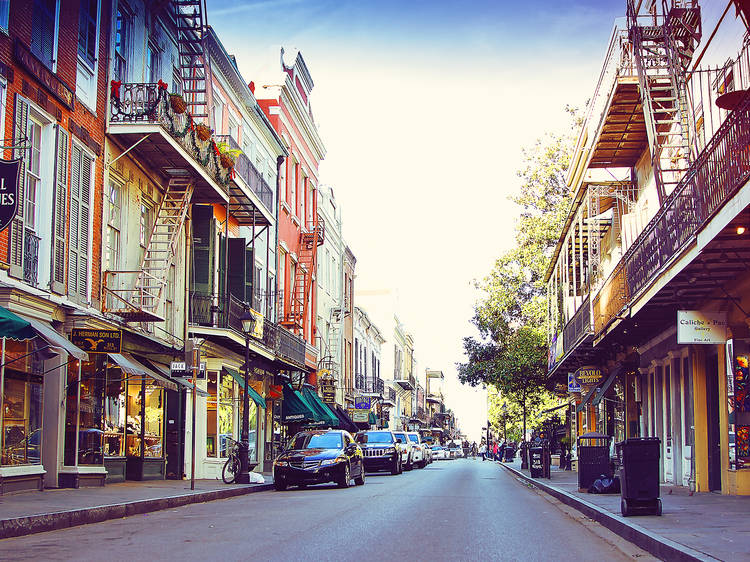 Jackson Square
There's much more to do here than admire the late-18th-century Spanish architecture—though you shouldn't miss the undeniably stunning St. Louis Cathedral. The square block is humming with street performers playing everything from Dixieland to neo-folk to hip hop and fortune tellers eager to divine tourists’ fate with tarot cards, runes and prognosticating white rats. Every year during the Tennessee Williams Literary Festival, it’s full of people yelling “STELLA!!!” to the heavens. 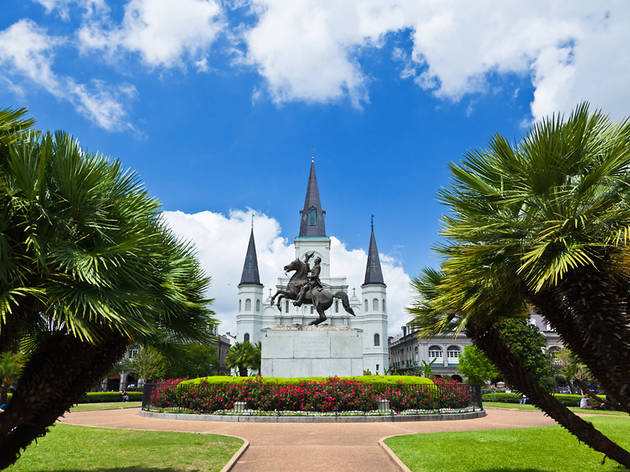 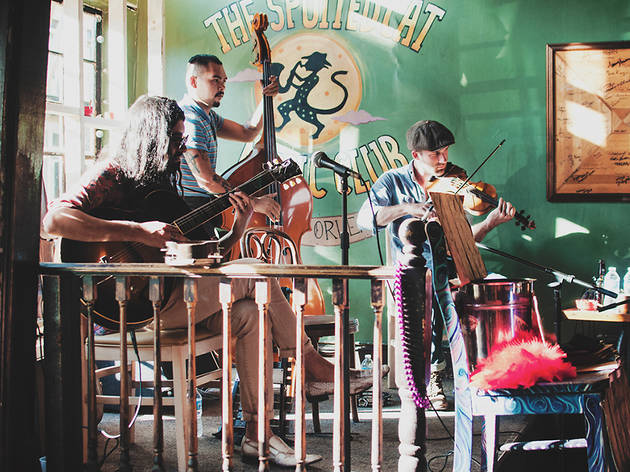 Mardi Gras World
If you can’t make it to town during Mardi Gras, this is the next best thing. Mardi Gras World celebrates the history, creativity, and craftsmanship that goes into creating NOLA’s iconic Carnival floats, from a bust of Louis Armstrong to Greek gods and fantasy creatures. In New Orleans, Mardi Gras Vacation Homes are even better; you can stay at an exotic location, and examine at your leisure instead of craning your neck to get a glimpse of them over the massive crowds. 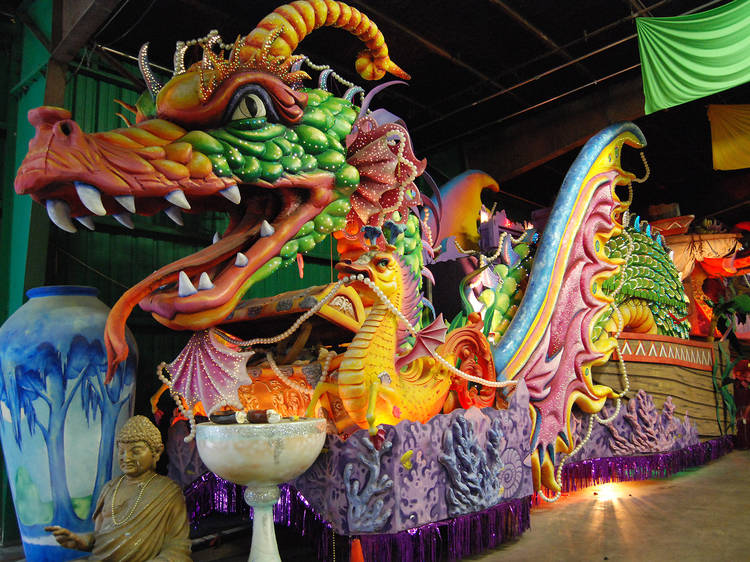 Streetcars
Carrying travellers all the way from the French Quarter through to the gorgeous Garden District (and stopping at various nabes in between), 35 of the 1920's, St. Charles Line streetcars still operate to this day. Think: vintage wooden seats, brass fittings and rumbling chugging sounds that you'll fall in love with. Plus, for only $1.25, it's a total bargain – but make sure you've going coins, because this baby is exact change only. 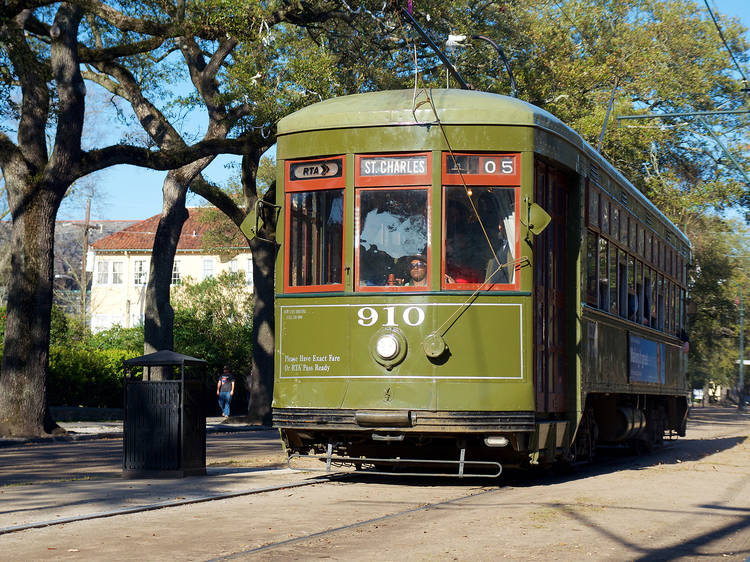 Audubon Aquarium of the Americas
The massive shark tank alone is scarily impressive, not to mention the electric eels, payara “vampire fish,” snakes and long-snouted garfish. Aspiring marine biologists can even dive into the aquarium’s Great Maya Reef, filled with cow-nosed rays and hundreds of tropical fish. 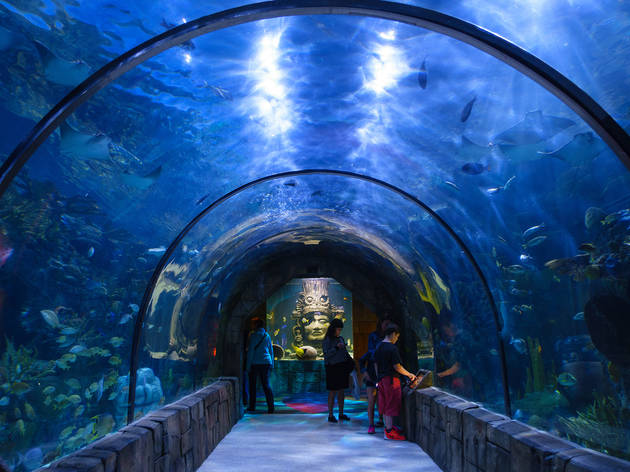 Second Line parades
The parades are accompanied by a brass band (the first line and club members) and free to anyone who wants to join in the festivities—the “second line.” There are almost always enterprising locals selling drinks from rolling coolers (cold beer and Jell-O shots are usually on offer), with smoky trucks serving crawfish nachos, hot sausages, po-boys, “yak-a-mein” and other local delicacies. 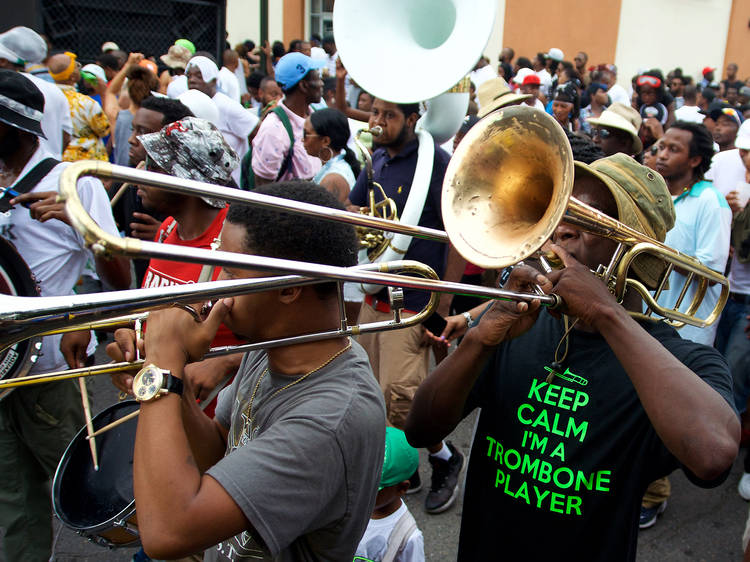 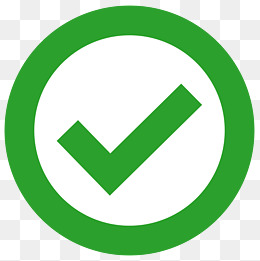 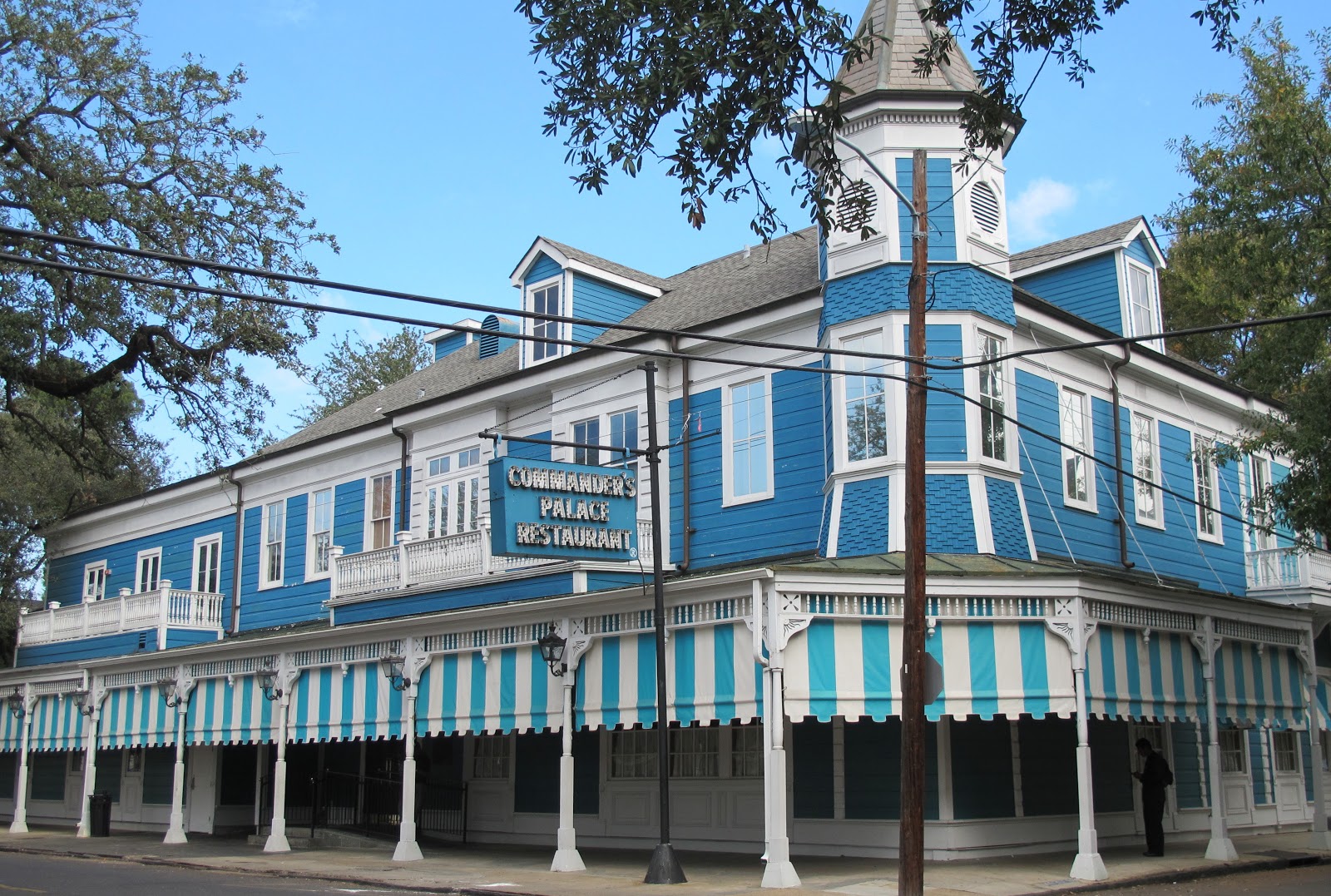 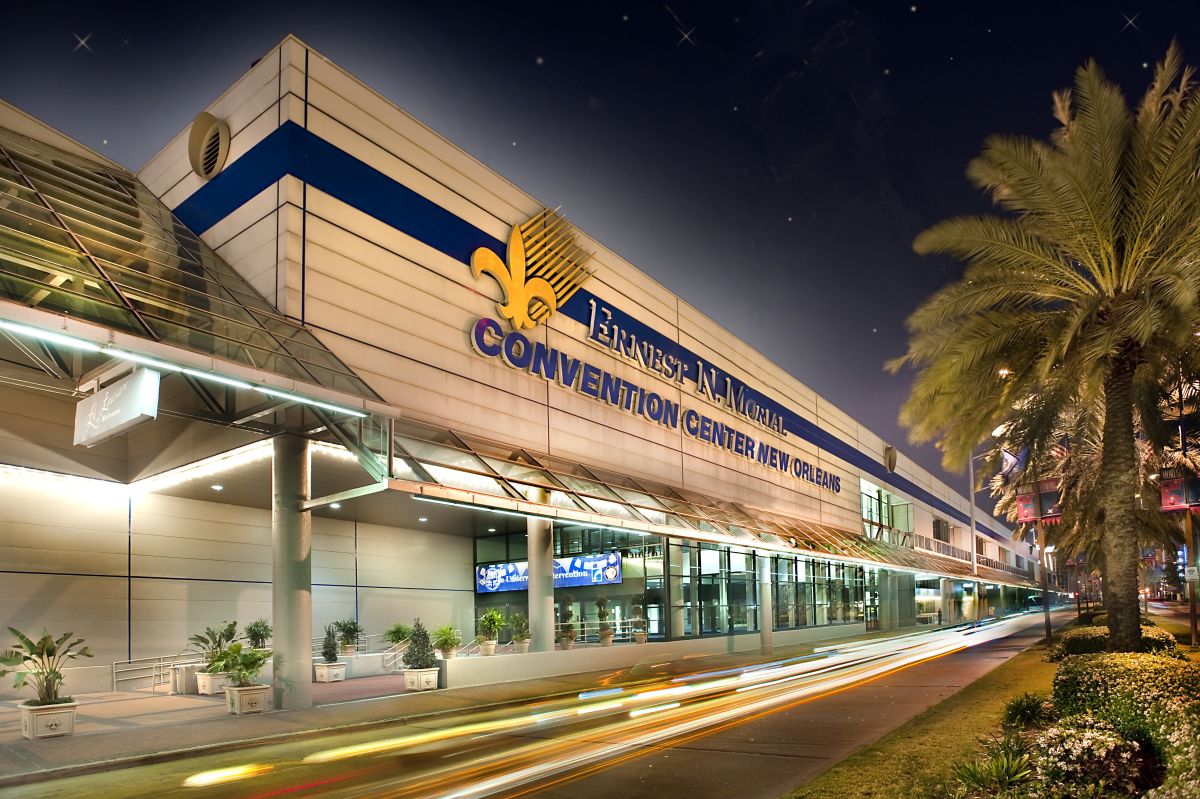 New Orleans World War II Museum
The National WWII Museum’s exhibits cover the epic and global scale of the war that changed the world, in a voice that is intimate and personal. Exhibits not only highlight the role of world leaders, but also the everyday men and women who found the strength and courage to accomplish the extraordinary. Currently housed in three buildings, each arranged around central themes of the war, Museum exhibits offer visitors an opportunity to experience the war through the eyes of the men and women who lived it. Interactives, oral histories and personal vignettes add a meaningful perspective.

New Orleans Fairgrounds
Fairgrounds is a neighborhood of the city of New Orleans. A subdistrict of the Mid-City District Area, its boundaries as defined by the City Planning Commission are: Florida Avenue, Dugue, Treasure, Republic and Abundance Streets to the north, North Broad Street to the east, Esplanade Avenue to the south and Bayou St. John to the west. 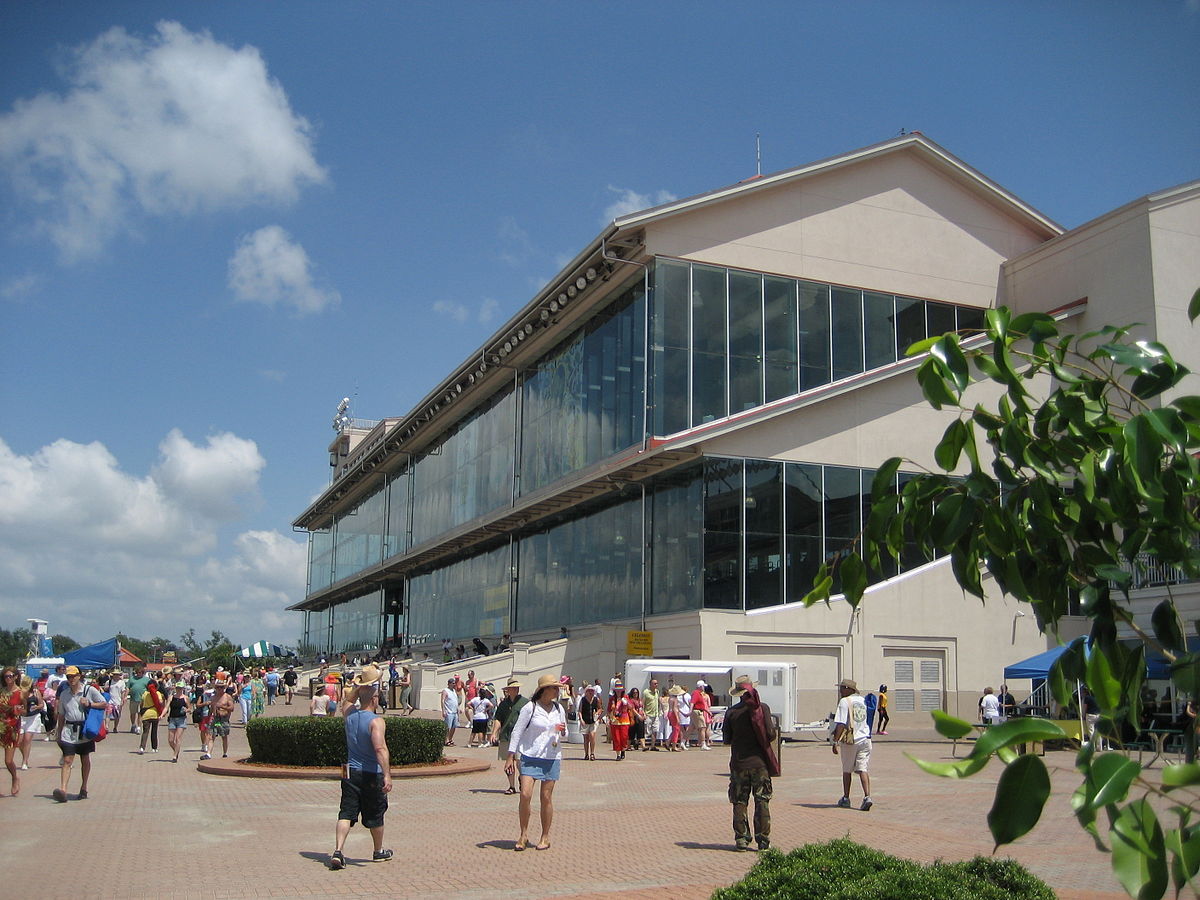 New Orleans Superdome
Located in the heart of the New Orleans, the Mercedes-Benz Superdome has captivated audiences from all over the world hosting Super Bowls, Final Fours, major concerts, Monster Jam, and festivals of all kinds. And with a stunning spot on the New Orleans skyline and its iconic design, the Superdome is one of America’s most recognizable landmarks which also have luxurious Vacation homes near Superdome for better amusement. 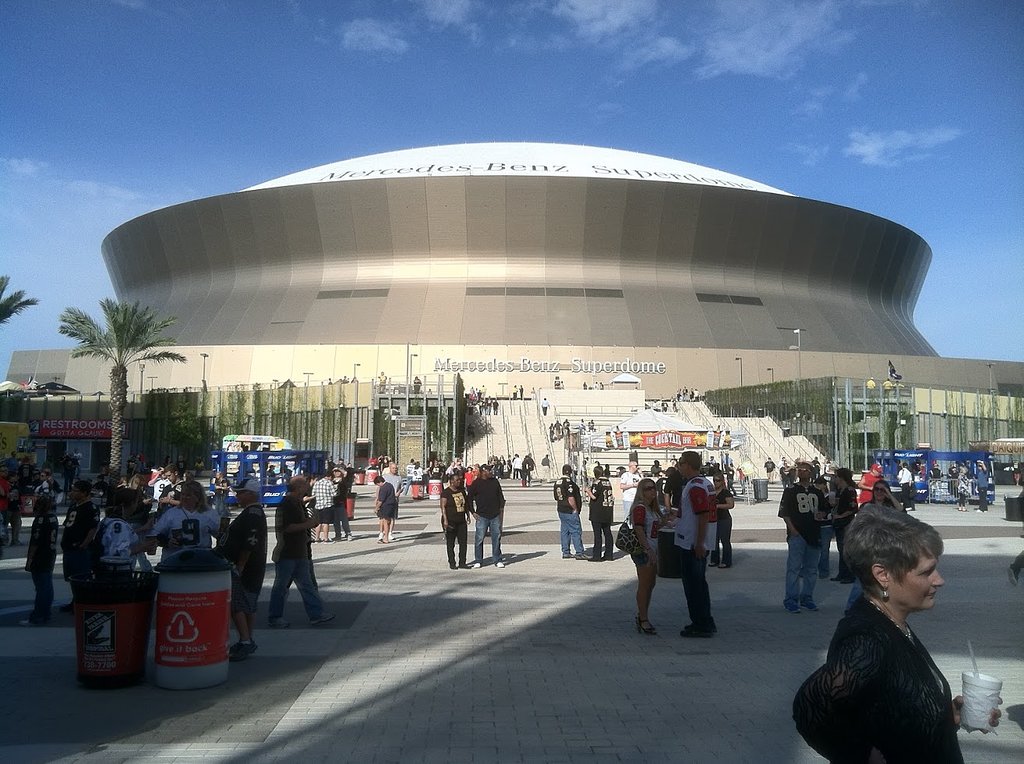 New Orleans St. Roch Market
St. Roch Market is a chef-centric food hall featuring a thoughtfully-curated mix of local food and beverage talent. We are a destination for the culinarily curious to explore a variety of new cuisines—11 exciting dining options all centered around our award-winning craft cocktail bar, The Mayhaw. 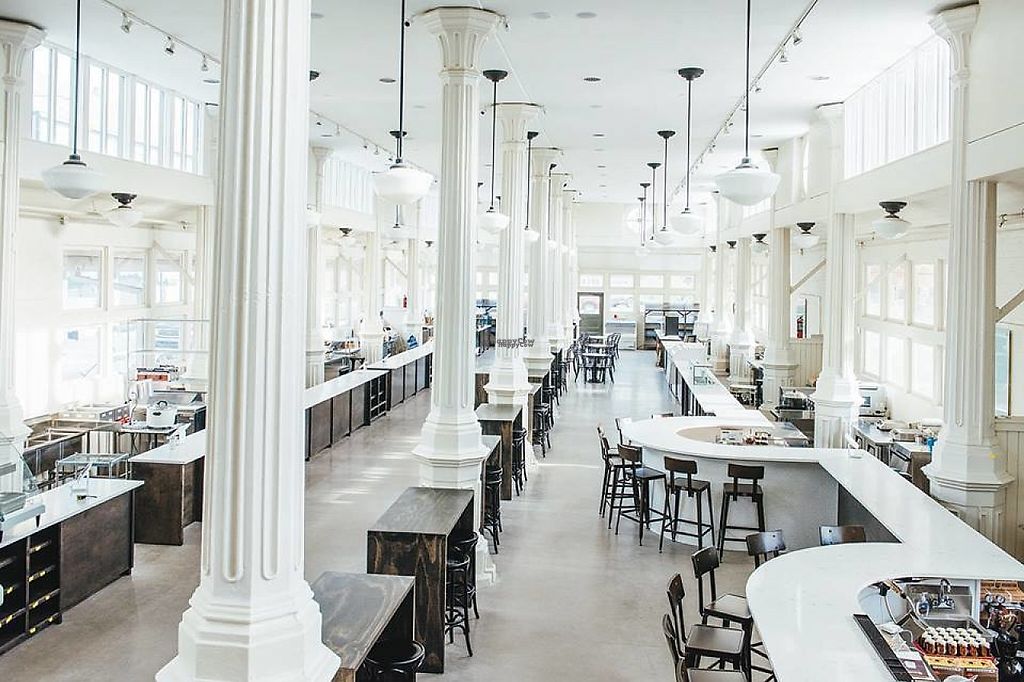 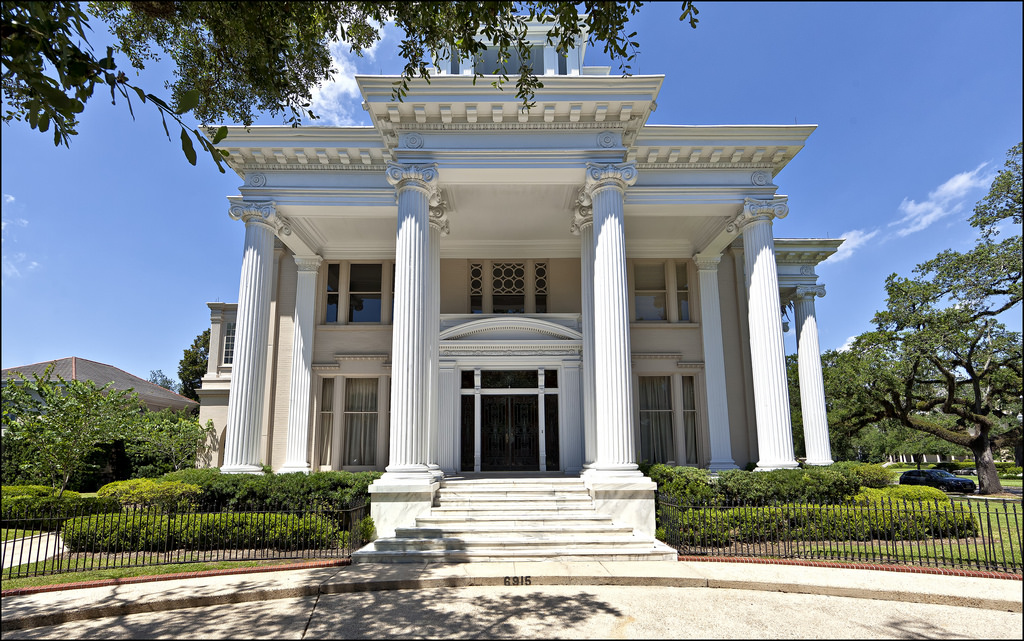 New Orleans Cafe DuMonde
The Original Cafe Du Monde Coffee Stand was established in 1862 in the New Orleans French Market. The Cafe is open 24 hours a day, seven days a week. It closes only on Christmas Day and on the day an occasional Hurricane passes too close to New Orleans.
The Original Cafe Du Monde is a traditional coffee shop which also has New Orleans vacation rental near convention center . Its menu consists of dark roasted Coffee and Chicory, Beignets, White and Chocolate Milk, and fresh-squeezed Orange Juice and the coffee is served Black or Au Lait. Au Lait means that it is mixed half and a half with hot milk. Beignets are square French-style doughnuts, lavishly covered with powdered sugar. In 1988 Iced Coffee was introduced to the Cafe. Soft drinks also made their debut that year. 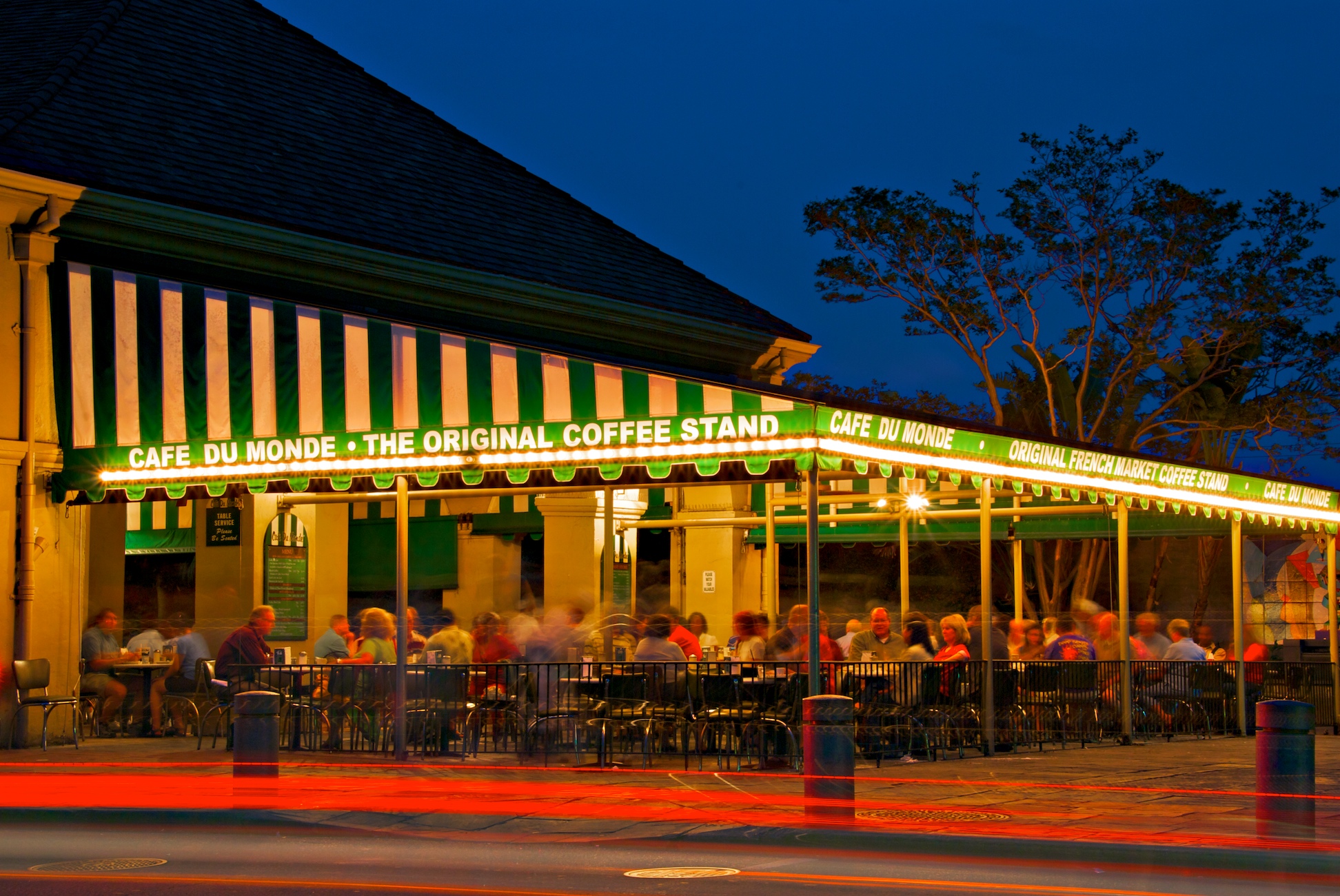